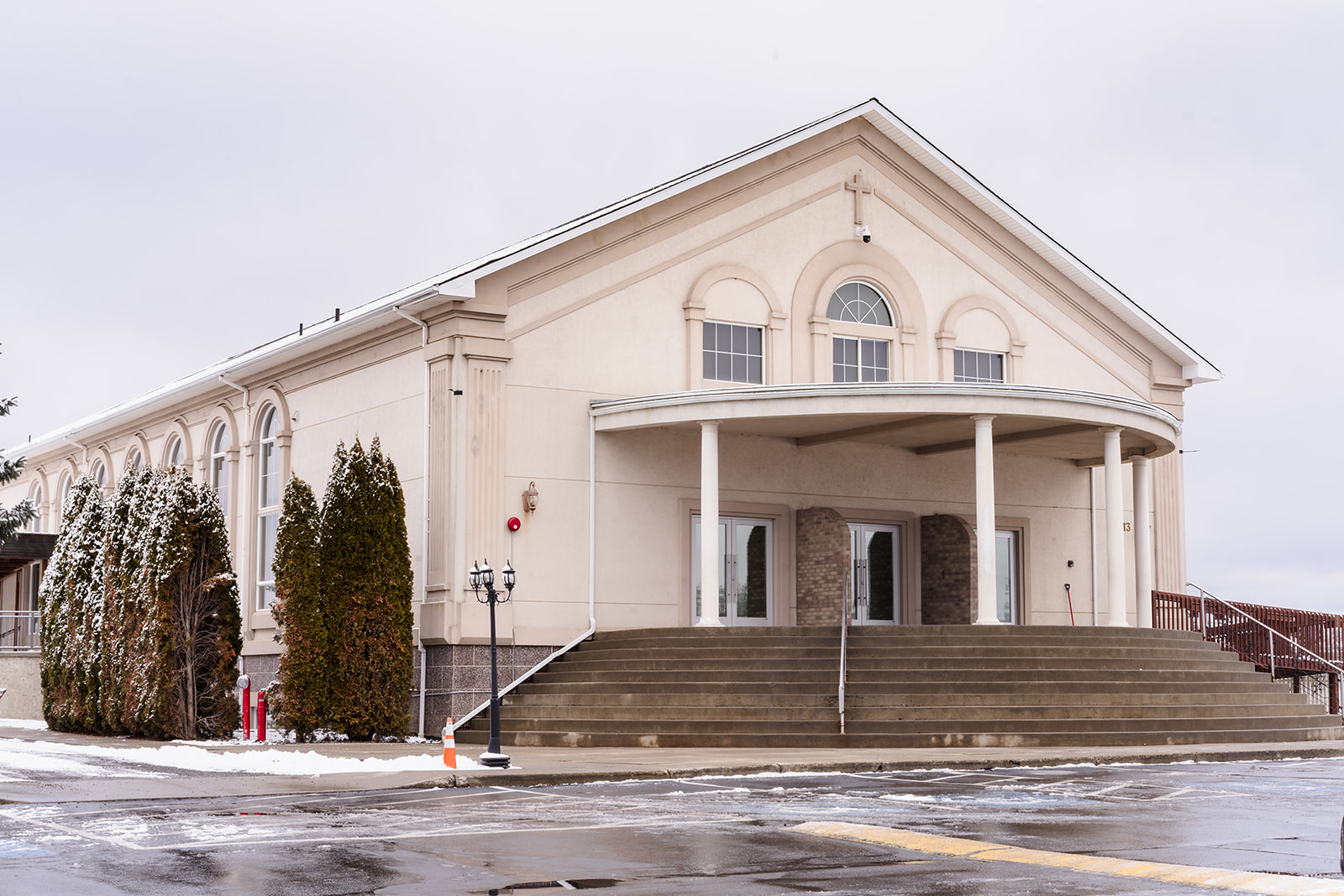 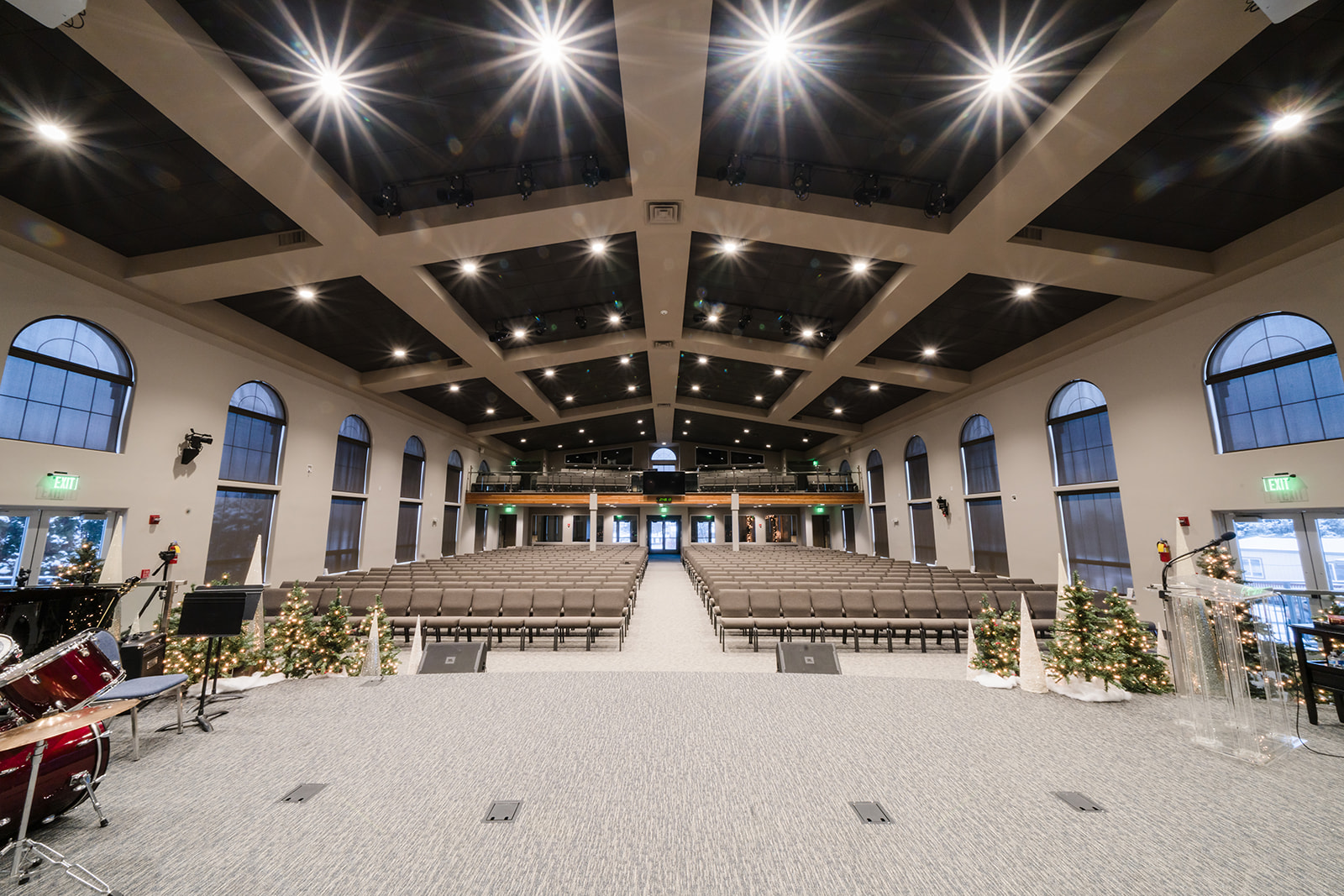 Peace and grace to you, beloved brothers and sisters, as well as all the friends who have looked today at the page of the Spokane Slavic Baptist Church. We greet all of you with the love of our precious Lord and Savior Jesus Christ!

Our main task is to convey to every listener and reader the good news that Jesus Christ once came to this world, who took the sins of all people on Himself, died sinners for us, and was resurrected for our justification. And now, Everyone who calls on the Name of the Lord is saved! (Rom. 10.13).

The first Slavic Baptist Church in Spoken, Washington, was established in August 1991. An old church building was purchased with donations from believers near the center of Spoken on Canon Street. The first service was attended by 13 families. But every day more and more families arrived from different parts of the former Soviet Union. The church grew in number every Sunday. In December 1991, there were already more than one hundred people in the church. Brothers and sisters with inspiration gathered in the evenings for singing, rehearsals and youth meetings. On Sundays, classes were held with the children. In October 1991, Peter Dacko was elected presbyter of the church.

Since April 1995, Alexander K. Sipko, who held this ministry until March 2019, has been serving in the church at Canon. By the beginning of 1997, the church had grown to 400 members. The question arose about the construction of a new Prayer House. From 1997 to 1998, construction work went on. The church building, in fact, was built in a year. Despite the construction, financial investments and physical labor, the church grew numerically and strengthened spiritually. In December 1998, the first service was held in the new building at 8913 N. Nettleton Ln, Spokane, WA. The Lord sent young ministers to His field; in the church ordination for pastoral and deacon services was performed. Selected leadership was actively involved in the work to respond to the needs of church members.

From the beginning of the organization of the church, a musical and singing ministry has been developing, which includes: the main choir, the Levitic choir, youth, teenage and children’s choirs. The work is done in the brass and symphony orchestras. There are several singing groups that work for the Lord both in the church and outside on missionary trips.

Recently, the ministry of the media department has developed quite successfully. Thanks to the successes of modern technology, church services today are broadcast live and recorded far beyond the borders of the United States, and so many people can reach the gospel.

Classes with young people are held not only at youth meetings on Sundays, but also in the middle of the week, at home and in Christian camps. Young people attend fraternal churches, serve missionary fields and nursing homes for older believers. The widows of the church are not left unattended either, once a month they conduct communions with them for comfort and edification.

The prayer part plays a big role in the life of the church. Prayers are held in different places and at different times with the participation of those who have dedicated themselves to this important service. Only the Lord knows how many children, adolescents, and young people were saved for Christ through the prayers of the saints.

There are services in the church that cover certain needs and categories of people, for example, the communication of the Mother World groups and L.I.F.T groups mainly respond to the needs of mothers and women in various situations of life. Also once a month, brothers meet for a prayer breakfast.

A service is being held with the children at Sunday and Russian schools. A “Slavic Christian Academy” was organized, where children are taught on a Christian basis in all subjects. The Lord sent American teachers for whom work is a mission field of activity.

In addition to the above listed services, work is also being done to improve the territory of the Prayer House, order in church premises, prepare the building for special holidays and celebrations, security inside and outside the church, etc.

The church has its own camp, where every year children and adults have the opportunity not only to relax, but also to conduct Christian camps, baptisms, seminars, wedding feasts, and other types of communication.

We understand that time does not stand still and periodically forces us to stop and reevaluate what needs to be changed in the life of the church and what should remain unchanged and our task is to make the right decision. We pray for all the saints and ask you, dear friend, and also pray for us in order to fulfill the main mission of the Church of Jesus Christ, namely, to be a statement of truth in this world and to bring the good news to all of humanity.